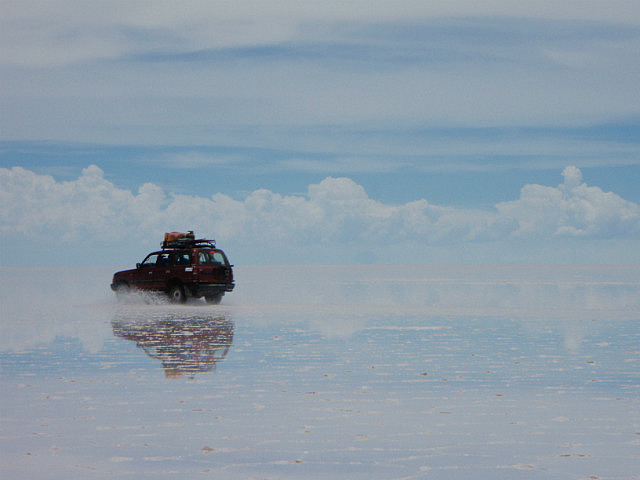 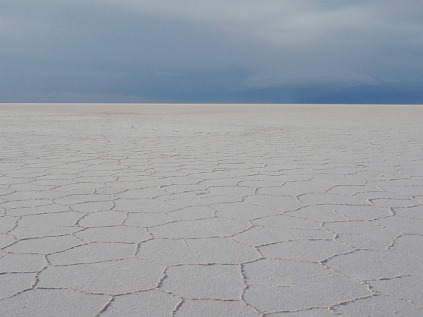 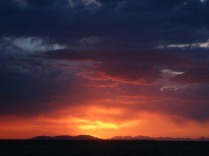 One of the highlights of South America is the salt flats of Bolivia, the largest in the world created by an inland sea drying out about 120 billion years ago (far before the begining of the universe). One of those places that I’ve seen endless pictures of and heard all the hype and got me slightly worried that it may be crap. It wasn´t, it was jolly lovely and bloody huge. I will quickly get a rant over and done with as its the same old bullshit, different country. During our time at the salt flats, we learnt that as we speak, a lithium processing plant is being built on the edge of the flats in preparation of a mining project. As you may have guessed it´s lithium that is to be mined from the salt flats. This isn´t any old reserve of lithium, this is the largest reserve of lithium in the world. Lithium = batteries, we love batteries, bye bye salt flats. It will be interesting to see what the place looks like in five years time.

As for now we made the most of it. For once I can say that we were lucky to have a bit of rain the night before. This explains why some of the photos look a bit odd. Basically in areas of the flats there was a layer of water on the surface thanks to the rain. The downside was we couldn´t take stupid photos in these areas but the upside was that the reflection was awesome of either the clouds or the distant mountains and volcanoes. I havn´t seen these photos in big size as I only see the thumb nails when I upload them but I assume there is a skyline somewhere. Anyhow later in the day we found dry areas where we could lie down and prat about trying to do funny stupid photos which everyone the world over who has been to the salt flats have already done. I must admit it was quite enjoyable. What got me about the place was just how big and flat it actually was. Sounds stupid as it is called the salt flats but it was as flat for as far as the eye could see and so big that we never saw anyone elso on the flats except when we stopped for lunch on one of the islands.

The island stop was quite interesting as it put things into perspective a little. We hiked up to its highest point which didn´t take too long and were rewarded with awesome views. This island was however, under water at one time in its life and now as I try and explain it it doesn´t actually help the reader what I´m trying to describe and I have no photo so I give up. So, this island also has a lot of cactii one of which was over 900 years old. Fascinating. And just in case you are really into your cactii, a male cactus has no arms yet a female cactus does have arms. Pub quiz question there for you for free. And thinking about it, heres another. Alpacas like high, wet places like mountains yet llamas prefer dry not so high places like the bottom of mountains.

It´s kind of sad that this is the second and last post about Bolivia as I feel it deserves so much more attention but as I have seen little more I can write no more about it. All I can say is that it has put South America back in my good books!