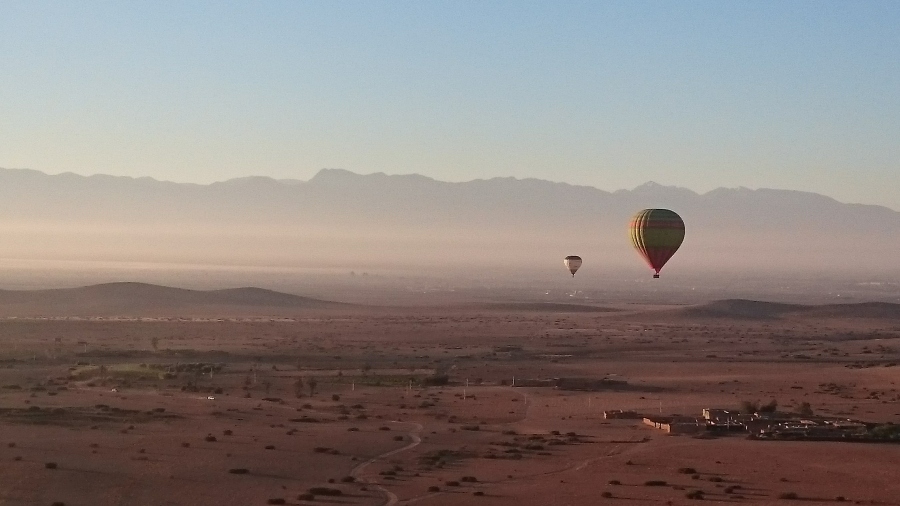 Did you know that Morocco has a thriving movie industry out in the desert? No neither did I, but apparently films including Gladiator, Kingdom of Heaven and Lawrence of Arabia have been filmed there, and lets not forget Game of Thrones lately. This has led to the town of Ouarzazate springing up with no less then two movie studios and a film school. It has also been in the news lately for having one of the largest solar parks in the world that will soon be coming on line.

Obviously there is only one thing you can do in a town with so much movie history, go quad biking! Unfortunately the bikes weren’t the most speedy I’ve driven but in hindsight that was probably a good thing as I don’t think I was insured for that activity which again is another rookie error. Nonetheless it was still bloody good fun as we headed off past some movie sets and out into the rocky desert for an hour or so. Naturally half way in we stopped for Moroccan tea! The most amusing moment of the trip was when we returned, covered in dust. Our guides fired up an air compressor and took the task of dusting us down very seriously, to the point one of the chaps looked like he was being serviced at a car valet station.

Another stop included Todra Gorge which, is a place no one will ever have heard of but no matter. Essentially its a gorge with 1000ft high cliffs and one of the reasons for visiting other than going ‘wow’ (and getting incredibly cold thanks to the wind channelling through it) was to have a go at scaling the cliffs. I can’t remember the last time I went rock climbing and as I got kitted up whilst looking at some American climbers scale a huge cliff, I couldn’t work out why I had put my name down to have a go myself. Luckily my mind was put to rest when in typical African style our climbing instructor arrived with some climbing gear, took off his shoes and started climbing up the cliff setting up the ropes on his own as though he was walking along a beach without a care in the world. It’s a very non-western attitude, you can do anything if you hit it with confidence! I hit the wall with my usual attitude of ‘lets get this over and done with’. Thankfully the cliff was quite kind with foot and hand holds and, as I got higher I got more confident. One thing I noticed is that I appear to be very trusting of ropes and parachutes these days which definitely helps when you are relying on them not to hit the ground at terminal velocity. Our instructor set up a second, higher climb which I had a go at and enjoyed immensely thanks to the adrenaline rush but I chickened out of a third climb because I was taking bigger risks and my wimpy side didn’t want to fall. I suppose it’s a bit like skiing, if you don’t hit the deck once during the day than you haven’t pushed hard enough, then again a famous F1 world champion may disagree with that!

One activity I had never done before was hot air ballooning and thanks to a bit of leftover cash, Marrakech provided an opportunity at the end of the tour. The trip to the hot air balloon was typically bizarre as our driver abandoned us outside of a mosque at 6am for half an hour. This apparently made us late for our sunrise balloon trip, made obvious by the fact that the sun was rising and we weren’t in a balloon and, when we arrived at a dusty shack a whole load of people arrived, dragged out an empty balloon and basket and began setting it up. Then our pilot appeared, jumped in the basket and fired up the burners after which he shouted ‘now you know why I have no hair’. It’s times like these when I regret not writing a diary (a bad habit on short tours) because the one liners from our pilot continued for the entire flight, all of which were hilarious although now forgotten! As our flight came to an end our pilot claimed he was going to land the balloon on the trailer ready for transport, a claim I thought was a joke but amazingly a feat that our pilot achieved to perfection much to my genuine amazement. There isn’t much more to say about hot air ballooning other than its extremely peaceful and beautiful. It is also as unnatural as throwing yourself off a bridge attached to a springy piece of rope. A wicker basket attached to a piece of fabric floating in the air thanks to some gas canisters and a colossal flame that could cook an elephant in 90 seconds, what could possibly go wrong!??