I was originally going to title this blog ‘Annihilation’ but even though it perfectly describes what is happening to Madagascar’s environment with over 80% of the forest cleared, I feel it is unjust to the country as a whole. This country is no different to any other country in respect to its appetite for natural resources. In fact the Malagasy depend largely on the land to support themselves as do many of the poorer countries in the world. All the while rich countries can maximise outputs from their land base but are still unable to protect the environment. And so it would appear that if one wants to travel then one has to accept what they see for better or worse. There is no end to what is happening, climate change in my opinion is insignificant compared to population growth and this cannot be ethically controlled. I got told off by a few people for being all doom and gloom but that’s reality. The news channels sugarcoat enough as it is which is something I’m not clever enough to do! But, there is a tour to finish and one thing about Madagascar that I am yet to discuss in depth. The almighty Baobab tree.

It was a long day driving from Bekopaka to the Avenue of the Baobabs yet that depends on what you define as long. Relative to distance it probably wasn’t that far but relative to time it must have been several thousand kilometres as we flew down the great western highway which I like to think the locals call it. In reality we were heading back down the sandy, dusty, muddy, meandering single track road we had come down only a few days earlier, accompanied by our jolly armed escorts. Sat in a 4×4 there really isn’t much to complain about as it’s comfy, the air conditioning was on and the music was playing through my ear phones as I watched the world go by outside. That world was beautiful in the sense that it was a vast open space occupied by rolling countryside that stretched off into the distance until it met with the vast hot and blue sky. The landscape was noticeably different to the east of the island which appeared better suited to growing vegetables and rice which would make sense as we got wetter whenever we were there compared to the west that looked more like a cattle ranchers paradise with the odd field of maize dotted around. However, the unavoidable ever present with large areas of land growing nothing. Scorched by sun and fire there was a constant reminder of what used to be here, charred tree stumps scattered everywhere and where there were large grassy plains it was hard to forget that it used to be dense forest. Hauntingly Baobabs lined the road hugging it for safety yet their presence was always reassuring that, like the lemurs, this island still fights to hold onto its majesty.

The back of the journey was broken by lunchtime and we stopped in a dusty town at a random restaurant which served up the kind of cuisine you would expect in a capital city and at capital city prices, relatively speaking of course. The owners had obviously seen a business opportunity with the location being on the main tourist route and had taken advantage of it. I had no idea what was coming as we had ordered ahead the night before and I had had several beers by that time. A cut of Zebu meat cooked to absolute perfection with a side of vegetables is what appeared and lasted mere seconds before I had devoured the lot.

The local ferry took us to the other side of the river. These are great fun consisting of two boats lashed together with some sturdy planks which are able to support three or four cars at any one time. Loading and unloading takes a certain skill set involving teamwork and balance manipulation along with a healthy dose of sheer power when heaving the huge metal ramps around that allow the cars to get on and off the glorified raft. Shortly after disembarking we encountered a traffic jam held up by one of the locals slowly, oh so very slowly crossing the road. The local in question being a green chameleon. The dusty road leading us to the famous Avenue of the Baobabs was largely unchanged in terms of the surroundings only a few more of the mighty trees were in attendance. Well and truly on the tourist route we stopped of at a Baobab that was around 1,000 years old and had been selected as the tree that all people should take their shoes off before visiting and hugging. It looked like all the others. Then we made a couple of stops where two Baobabs had wrapped around each other which was really quite romantic if you feel that way about trees.

The Avenue of the Baobabs is Madagascar’s Giza, Niagara, Uluru, Big Ben and the likes and if you have braved reading my work before you know what’s coming! As with all tourist attractions, it is largely just that. Someone saw a group of trees and thought, ‘Wow, that looks like an avenue of Baobabs which tourists will love’. And that’s exactly what it is, a road with Baobabs lining either side of it and as you may recall we had been on the same road with the same trees for most of the day, only with far less tourists. You must visit here simply for the journey because it’s rough, raw and exciting. Environmental disaster aside, we had spent the most incredible week travelling across the country to get to one of it’s top highlights, meeting incredible people, viewing spectacular wildlife and scenery and having a right good adventure. Even now, aside from rich tourists getting in the way of photos and flying their drones all over the place, the Avenue of the Baobabs was still a great way to end the day as the sun set behind the line of trees which cast their shadow menacingly towards us. It was simply a beautiful sight but deep down I will always prefer to be somewhere away from the crowds and with only a select few people for company. The river boat trip being the perfect example.

Talking of which, I love my evenings in Africa. Usually there isn’t a great deal to do other than cover up from mosquitos and sit outside watching stunning sunsets, stunning night skies, enjoying the peace and drinking a few refreshing frothy bevies. On this particular trip we took to playing the card game shit-head most nights. Some nights this was interrupted by ex girlfriends walking in (I kid you not), other nights it was interrupted as we searched on YouTube for a particular moment in a Vanessa Carlton video where she pops the viewer a seductive smile. Every night was spent along these lines, exactly how it should be when on holiday.

Several days later we stopped off at a town before arriving back at Tana. The purpose of this stop was to see how aluminium is recycled in the many workshops that are central to the towns local economy. These kind of excursions are common place on such tours and this actually made a change to a weaving demonstration. I spend most of my life turned off emotionally when it comes to humans, switching on always seems to be a lot of hard work but sometimes I see something that even my wall, which Trump would be jealous of, can’t hold back. This trip was a little different for me in that the locals really didn’t mind us taking pictures of them and so even I got in on the act. At this moment, two young boys were showing us how to melt down aluminium and turn it into a little pot. I snapped a photo of one of them as he sat waiting for the metal to heat up. It was the end of the day, he had no shoes on, ragged clothes, a dodgy eye and he looked absolutely exhausted. When it came to forging the pot, it all went wrong. Even now I cannot come up with an original rant about such scenes and so I will take it as a moment to reflect on and to remind me of how lucky I am. This is what Madagascar does, it moves you, it questions you, it opens your eyes. Go!

More not a lot 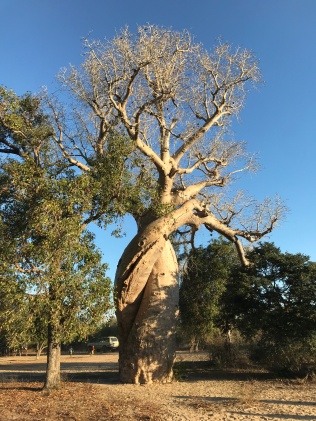 A road and trees 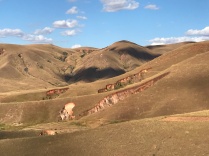 One thought on “The Unavoidable”

Saudi Arabia 😍🇸🇦😍 #theworldsmasterpiece #medainsaleh #hegra #alula #saudiarabia #trigtales
Anything @levison.wood can do this week, I can do too 😝 Al Ula at a few thousand feet, lovely job! #theworldsmasterpiece #alula #saudiarabia #view #mirror #desert #trigtales
Playtime in La Fortuna 🇨🇷 #lafortuna #costarica #ziplining #hangingbridge #kayaking #waterfall #trigtales
Another successful jolly ☺️ Thanks for organising everything on the road @rut_todero and, muchas gracias a Costa Rica 🇨🇷 for being one of the few countries in the world that actually allow us to spend time together. It’s very much appreciated! #costarica #covidtravel
Turtles! Another day in Costa Rica. #ostional #nosara #costarica #turtle #beach #sunrise #trigtales
Montezuma. A waterfall and a beach. That is all 🇨🇷 #costarica #montezuma #trigtales #waterfall #beach