I would just like to point out that I’m not a huge conniseur of coffee although the coffee in Guatemala was simply delicious. It was available complimentary at every hotel (as was water) and I was only too happy to knock back a mug of sweet, black coffee whenever I was feeling the need of a wee boost. As it turns out, this trip was beginning to feel like a trip where energy would be required in droves as for the second morning in a row we were up before sunrise. This time 5.45am, in time to get on a kayak and head out onto the river and explore the mangroves in search of monkeys. I’ve kayaked many times and seen monkeys many times but never have I put the two together and quite simply, what a great way to start the day. Even better, I discovered that Rut is quite the paddler and between us we managed to power across the river in our tandem kayak looking almost as though we knew what we were doing. Upon reaching the other side, it wasn’t long before we saw our first monkeys lounging around up in some tall trees but that was all the action we would see… lounging. The whole idea was to see them waking up and getting on with their day but it appeared they were having a lie-in. So after getting many photos with a little point and shoot that will no doubt reveal only a tree, we headed away from the main river and adventured down some small channels into the mangroves. We caught a glimpse of some more monkeys but these had woken up a little which leads to another problem. A monkey jumping around a tree canopy is extremely hard to keep track off! Yet I wasn’t there just for the monkeys, I was there to be on the water, in and around the mangroves and generally soaking up the peace, quiet and beauty of the surroundings.

Safely back on land we demolished breakfast and were soon back on the river, this time back onboard the trusty speedboat that would be taking us down stream to the Caribbean sea. I’ll get straight to the point. I have never seen so many birds in one place, I mean I probably have but not quite like this! The first part of the river was wide and relatively quiet, we got excited to see just a single pelican. We then came upon some mangrove islands that are being re-planted and these were swarming with birds, they were loving it. I’m no expert but apparently they were cormorants with the odd egret thrown in for good measure. I’m no bird lover but it was impressive to see the place apparently thriving. After exploring a couple of side channels amongst the mangroves we continued down river stopping from time to time to see iguanas perched high up on trees over hanging the river. We then entered a small gorge-esque stretch of the river which narrowed significantly and we were greeted by thousands more birds perched in the trees, flying around and floating on the water. Egrets, cormorants and pelicans everywhere one looked, it made the previous little island of birds look insignificant. Apparently they love this stretch of river because it forces the fish into a much narrower channel thus food is easier to catch. It was truly a beautiful and impressive sight that gave me some encouragement that all is not yet lost! Soon after we left the gorge the Caribbean lay before us. If we went right we would end up in Nicaragua, left and Belize would be waiting for us. However, Livingston was our destination, a town with a border control office that was usually closed but you could get a stamp in the local bakery if needed. Obviously most people passing through this port town were heading much further north and Guatemalan passport stamps were of little concern on the grand scale of things. Livingston is completely cut off by the surrounding forrest and river which makes boat the only option yet it would appear a lot of their boats are sinking along the shore under the weight of pelicans and their shite. The town has a little Caribbean charm, some good food and cold beer but after a few hours we were soon back on the boat heading back up the river.

After a busy morning, I actually managed to fall asleep on the speed boat and so I was happy to get on the minibus in preparation for a four hour journey to Flores. I had learnt a long time ago that flying with a short girlfriend is great because it essentially gives me twice as much leg room and it would appear to be the same on minibuses. I’ve also discovered it’s much more acceptable to sleep on your girlfriend unlike fellow travellers that you’ve only known for a few days. The Guatemalan countryside is stunning, rolling green with just about the right balance of cows, fields and forest, especially considering we were along a main route. As dusk approached I was nonchalantly staring out the front window of the bus when I saw a huge cat/dog dart across the highway. Turns out it was a jaguar!

A damn good feed followed by a damn good sleep saw us bright eyed and bushy tailed the following morning in anticipation for what I hoped would be a trip highlight, Tikal. When it comes to Mayan ruins Chizchen Itza in Mexico is everyones top choice, I assume more due to it’s location than anything else but hey I could be wrong as I’ve never been. I had to make do with the ruins at Tikal where only 10% of the ruins have been excavated. You maybe thinking there is little to see and you would be oh so wrong. The fascinating thing is that there is so much to see yet 90% remains covered under soil and trees. How these ruins were ever found is an achievement in itself for as one will see on arrival, Tikal is in the middle of a dense forest and like all good remaining forests they love to grow. Granted we are talking many centuries of growth with Tikal dating back over 1,000 years but nonetheless to an untrained eye you would never assume that the huge mounds of dirt covered in mature trees are in fact man made structures. The both daunting and reassuring thing is that we have not learnt from history’s mistakes and when our civilisation collapses nature will be all too happy to reclaim what has always been hers, with or without us. Tikal is simply magnificent and absolutely huge. We were lucky to have a guide that took us for an extensive walk around the area, visiting several temples which gave incredible views of the forest canopy. Walking through the trees gave us opportunity to see toucans, monkeys and coatimundis (fluffy racoon type beasts). It was reasonably warm, especially when not under the shade of the trees but we were blessed with very few tourists, that was of course until we got to Tikal’s centre-piece. I can’t tell you much about it as per usual I wasn’t listening but it’s the big temple in the pictures that has been completely excavated and is surrounded by other ruins. Here the Insta-girls and boys were out in force but to it’s credit it was still reasonably quiet and thus enjoyable. If you like old stuff made out of stone, Tikal is well worth a visit, not quite as grande as Angkor Wat but certainly packs a punch.

One could easily spend a day or more at Tikal but we moved on in search of lunch and somewhere to cool off. Luckily for us our tour leader knew exactly what she was doing, taking us to a restaurant next to a crystal clear lake. As always these days old age tried to get the better of me as I settled in at the table and sank a bottle of beer under the illusion that I couldn’t be bothered to get changed and go for a swim. And as always these days, Rut had other ideas and several minutes after she departed for the lake I decided it would be madness not to follow and boy am I happy I did for the lake was wonderfully refreshing.  After lunch it was back to Flores where more time was spent in water at the pool side hotel bar. We intended to sip on cocktails on a rooftop bar while watching the sunset but we screwed that up as drinking in swimming pools on hot afternoons usually does to you. Never mind, we made it to the rooftop for happy hour and to see the final flicker of daylight disappear below the horizon. In a cheesy end of a sitcom episode kinda way, it was the perfect moment to reflect back on our time in Guatemala. For a start, the time was way too short. From the moment I stepped into the country I loved it with beautiful people and beautiful countryside, everything and everyone appeared so genuine. The food was great, the beer cold and it didn’t feel like they were trying to rip you off at every turn. Antigua, Rio Dulce and Flores were stunning little towns to stay in and there is so much to do and see in all three of them. Guatemala is a country that passes by largely unnoticed and I think that is something worth fighting for these days. I only hope she doesn’t follow the same path as her neighbour, our next stop, Belize.

Mangroves with many birds 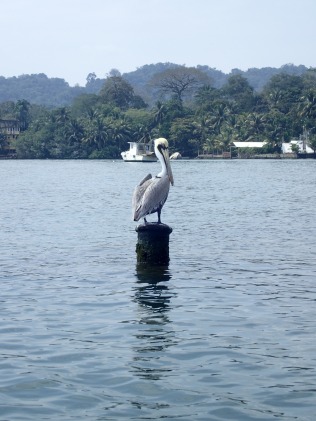 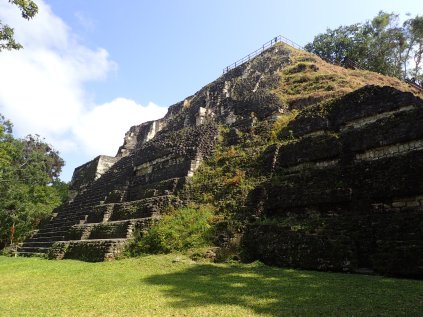 Pompeii and the thing that destroyed it all. Not bad! #italy #pompeii #vesuvius #roman #ancient #travel #trigtales
A wee bit of Rome #rome #italy #travel #romans #trigtales
Happy travel times with @rut_todero Because apparently none of it matters unless declared on social media 😝😂
Away from the crowds it ain’t so bad! Burano is the place to escape to but still won’t be rushing back to Venice any time soon 🇮🇹 #italy #venice #burano #canal #travel #trigtales
5 countries across 4 continents. Better find some energy for jumps in North and South America! 😬🪂 🏴󠁧󠁢󠁥󠁮󠁧󠁿 🇦🇪 🇳🇦 🇳🇿 🇦🇺 #skydivedubai #skydiving #dubai #uae #trigtales
The delightful Crete 🇬🇷 #crete #greece #hiking #travel #gadventures #trigtales