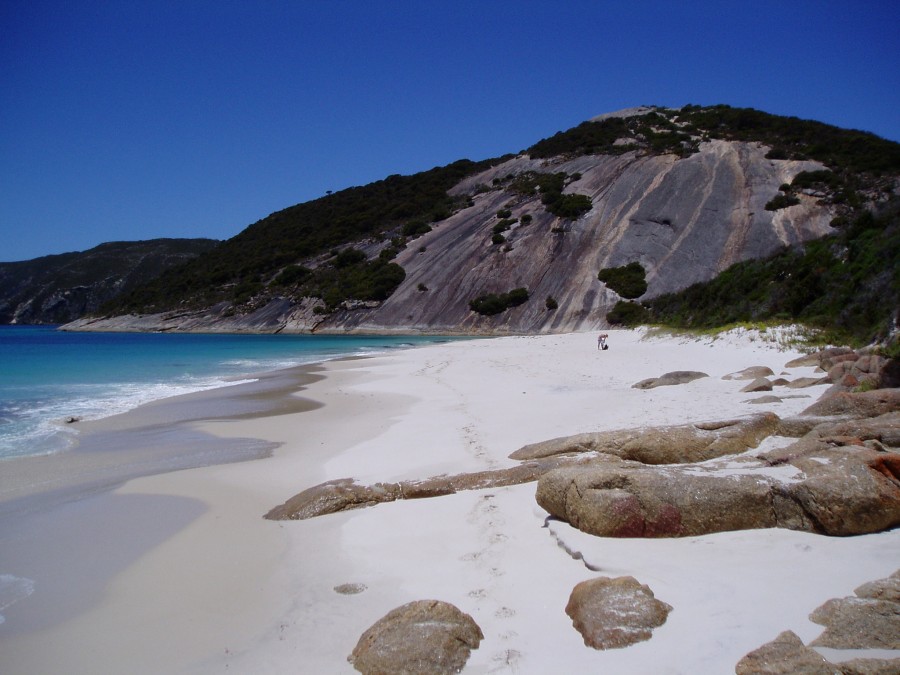 As far as nights out go this had been a pretty good, albeit a casual one as we parked up on bar stalls downing pre-mixed cans of Jack and coke and flirting away with the blond bar tender in our usual boyish ways. Unfortunately it had come to a premature ending when I found myself shuffling along behind three stocky bouncers in suits as they chaperoned Big Phil out of Black Betties in Northbridge. It was our first full night on Australian soil, nine thousand miles from home, two farming sons freshly out of Agricultural university in the middle of a foreign city, Perth. If this night was a sign of things to come over the following five months then we would be in for a hell of a ride.

There is no denying that Australia has a certain allure to it. Why so many of us feel the need to make it the number one stop after school or university I am not sure. It is always sold well in the media. Amazing beaches, hot men and women, cold beer, 365 days of warm sunshine, BBQ’s, Neighbours and furry animals that bounce. So thinking about it when put like this, Australia is almost every British person’s fantasy in one way or another. For me personally? I wanted to go and drive big combine harvesters in big fields! Travel would follow but I didn’t have a clue what to do or where to go and so my priority lay in getting a job on a huge farm with lots of big toys to play with. As it happened I had a friend living in Western Australia (WA), somewhere I never knew existed until I landed. As with every other naïve British teenager I thought Australia was Sydney, Melbourne, the Great Barrier Reef and a big rock in the middle of somewhere which was home to Mick Dundee and a heap of man eating crocodiles, snakes and, spiders. An old friend from the UK, Charlie, who had moved to WA a year or two before, was working in the agricultural industry and immediately hooked me up with an extremely helpful job agency which was my first stroke of luck in planning my trip to Australia. My next mission was to con a friend into spending up to six months with me and, on the other side of the world. I was prepared to go it alone but at the time most things scared me in life and so a good friend by my side would make everything so much easier. My second stroke of luck was Big Phil. I had been friends with Big Phil for my entire time trough university but it wasn’t until our final year when he moved into our student house that he became one of my best mates. We had similar backgrounds coming from family dairy farms, we had the same terrible sense of humour and we were both outrageous flirts with the ladies but deep down feared them greatly! The reason he was escorted out of Black Betties we will never know but it may have been because he is 6ft 4, over twenty stone and had begun to sway a little while sat on his bar stool.

This was the first time away for the both of us where we had to take care of ourselves and after a few days of acclimatising in Perth we had tracked down a car and made a plan to get ourselves to Esperance on the south coast where we would start work in a weeks time. The car we acquired was a little white Nissan Pulsar, costing $1150 from an Irish backpacker. Excitedly we loaded up and set off on our planned one week road trip around the south west coast and immediately ran into our first problem. Petrol. The car was on empty and we were in the middle of Perth with not a single service station in sight. We doggedly stuck to our route taking us out of the city before finally running into a BMW dealership to ask for directions to a service station! With the Pulsar fully laden with full we put our foot down and made it out into the Australian outback. Of course it wasn’t the outback really but it felt like it to us as the city quickly gave way to a never ending expanse of red farmland, a sight we had never seen before. Our destination was the small rural town of York just a few hours from Perth although it felt like a town straight from a hollywood western with a small central street and old colonial style wooden buildings. This is where Charlie lived and after finding his house we went straight to the boozer. The first thing that struck me was that Charlie didn’t lock the door when we left his house, he never did because he never had to. We then entered the pub and as with all rural Aussie pubs it was part of a larger hotel and had no one inside other than a few dusty locals and a room full of pokies (slot machines) in the corner. It was charmless, it was rough, it was basic but I wouldn’t have had it any other way! Cold beer poured into refrigerated glasses and huge burgers loaded with cheese, eggs and beetroot as standard would become the norm as we continued our travels.

The following day took us to Bunbury, a small town on the coast in the hope of seeing bottlenose dolphins as was the popular reason to visit. We stayed for two days wondering the streets and the beach, failing to see dolphins, getting sunburnt and getting wet almost simultaneously for we were surprised to learn that it does actually rain in Australia. I soon began to learn that backpacking is a bit weird as we drove ourselves from one place to another, sometimes successful sometimes not, always in a kind of limbo meeting new people and staying in a different bed most nights, there is little structure. We spent a day cruising on through Busselton and made a short stop at Cape Naturaliste where we caught glimpses of whales out on the ocean before arriving in Albany where we would be hosted by an old family friend of Phil’s. We had arrived early but we were told where the spare key was and to let ourselves into the house bearing in mind they had know idea who I was and hadn’t seen Phil for about twenty years! Such is the hospitality of Australians.

We had a fantastic few days around Albany as one always will when spending time with people who know where to go in the area. We actually spent the first day retracing our steps back to Walpole which hosts the Valley of the Giants, a tree top walk that apparently shouldn’t be missed. It shouldn’t. This is the beauty of Australia, wonderful attractions miles from anywhere yet always worth a visit and this was no exception. A series or raised platforms that took the visitor up to 40 meters high into the canopy of native Australian forest. The reason for this is to keep people off the forest floor so as not to disturb the natural flora and fauna but the added benefit is that people get a birds eye view of the canopy in places and in others you are walking just below it yet sufficiently high enough off the ground to be afraid should you feel that way inclined with heights. It was then back to Albany to take in the sights of Frenchman and Isthmus bays as well as the rock formations of ‘The gap’ and ‘The blow holes’ which are reasonably straight forward to guess what they may be. The bays are worth a second mention mind. The beaches in this part of the world are like no other beaches I’ve ever seen before. Miles upon miles of pristine and sandy coastline, clear blue ocean and in many instances absolutely no people. A busy beach here would be classed as empty elsewhere in the world. They have everything. Dramatic coastline with cliffs and crazy rock formations, whales, dolphins, peace and quiet yet, all very accessible with excellent roads and paths should you wish to make the journey. Our time in Albany took us swimming in the ocean to catching fresh fish off the beach and serving it up on a BBQ. Life here is epic. I’ve never wanted to fish in my life, but catching  a snapper right out the sea and cooking it up on a BBQ was sensational, the best fish I’ve ever had. All in all a most conventional night when compared to our final night in Albany.

We thought we had experienced a proper outback pub but apparently we had missed one key night, the night when ‘Skimpies’ serve up the beer. Before settling down for the evening with a lovely BBQ we were taken to a pub out in the country not far from Albany where I can only assume the local farmers had finished up work for the day and were heading for a beer. Our host had a cheeky grin on his face as we got out of the car and headed to door of the pub and on entering we immediately discovered why. Behind the bar stood two beautiful women wearing only g-strings and serving beer. It would be just like walking into your local country pub at home on a Friday night, only with naked lady bartenders. Apparently this is a custom around rural Australia and we were told stories that not so long ago the bar staff would have been completely naked and would dip their jugs into your jugs of cold beer only it has been stopped due to health and safety! Yes yes I know that there are other issues of greater concern than health and safety here but(!) without getting drawn into debate, standing there as a twenty-two year old on his first journey to a distant land, it was quite the sight. I mean it was literally just another local country pub only with less clothes behind the bar.

Our first week in Australia had proven to be quite eventful. As we arrived into the small town of Esperance which would be our home for the next two months, we focused our minds on earning as much money as possible before flying over to Sydney for New Years Eve. It is safe to say that both Phil and I had instantly fallen in love with the country and yet so far we had only seen a tiny fraction. 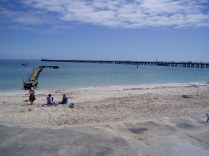 And more wood and beaches

A long piece of wood 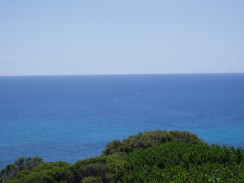 And another beautiful beach

The best car in the world