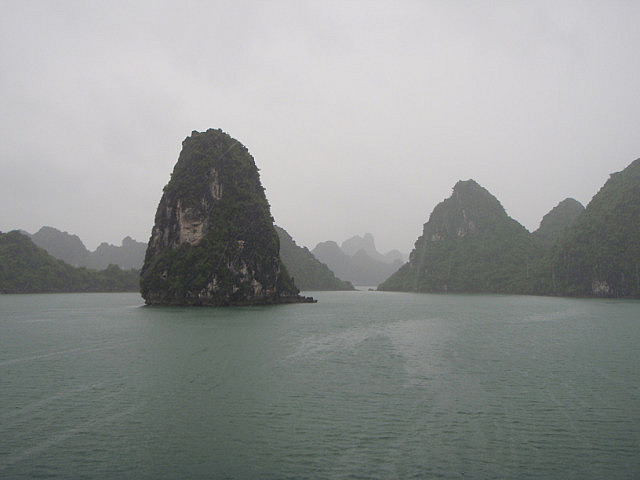 Finally arrived at the right hotel after a bit of a mix up but nothing to worry about. Traffic in Hanoi is chaotic to say the least yet after many hours of waiting for a moped carrying five people to plough into an on-coming car, it was clear to see that these guys must have a sixth sense or something. They appear to pay no attention on the road but always seem to avoid hitting each other. I’m getting use to being a pedestrian, just walk out into the traffic and be amazed as all the traffic goes around you, at first it was a case of close your eyes and hope for the best but you soon learn to cross the road like you own it!

Headed off to Halong bay on Monday and as expected it rained. Still pretty good to see but would have been incredible if the sun had shone. We stayed the night on board a boat out in the bay which was good and we went to bed hoping for sun the next morning but instead the weather got even worse. So much so that we later found out that no tours were going out to Halong Bay due to the weather and so in the end we got rather lucky.

A spot of boating 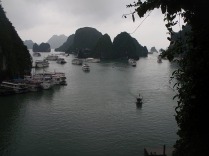 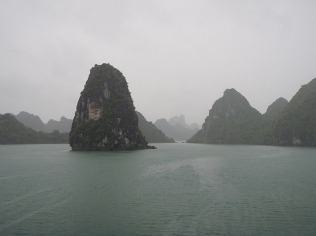