We arrived in Hue on an overnight sleeper train. The only way to get a good nights sleep with one of them is to drink and drink some more. In Hanoi before boarding the train we had a few local beers at a local beer hall. Four beers came in at about one pound. Some locals got us eating their bar snacks which looked bloody aweful yet we ate whatever it was out of politeness. 24hrs on and the bowels seem ok, this time. The train to Hue took 12hrs overnight but wasn’t too bad and gave us a good chance to see rural Vietnam although as per usual I slept for most of it.

Hue is a much nicer city, far less crowded yet far hotter. Wednesday was spent looking round the old royal palace and Thursday was spent looking round some royal tombs and a trip on the perfume river. The best thing about Thursday was we spent most of the day on the back of a moped, moving obviously. Bloody great fun, my driver was called Van, I think, thats what he responded to at least! It was a great way to see the place and about the only way to keep cool.

Finished the day with a 400m jog around the local sports stadium at 10pm. The door was open so we thought we would take a peak, so walked into their city stadium, went for a jog, walked back out and no one said a word! I ended the night feeling a bit iffy in the belly compartment, too much beer? bad food? 399m too much joigging? 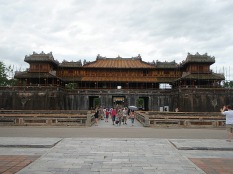 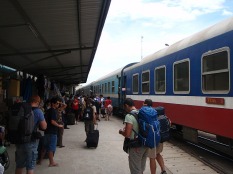 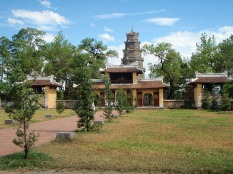 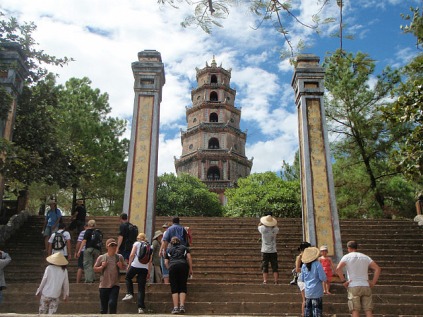 A place for monks 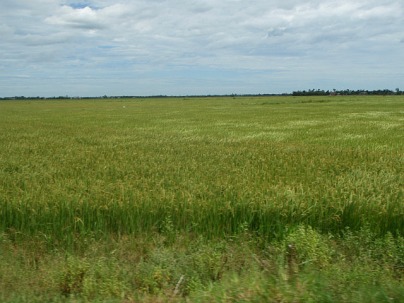 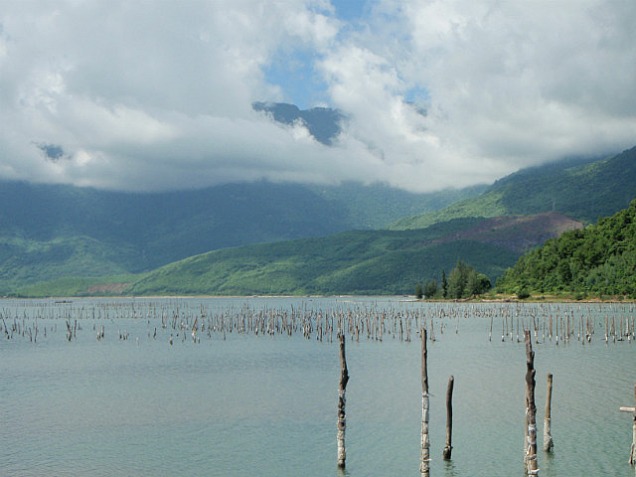 A lake with sticks