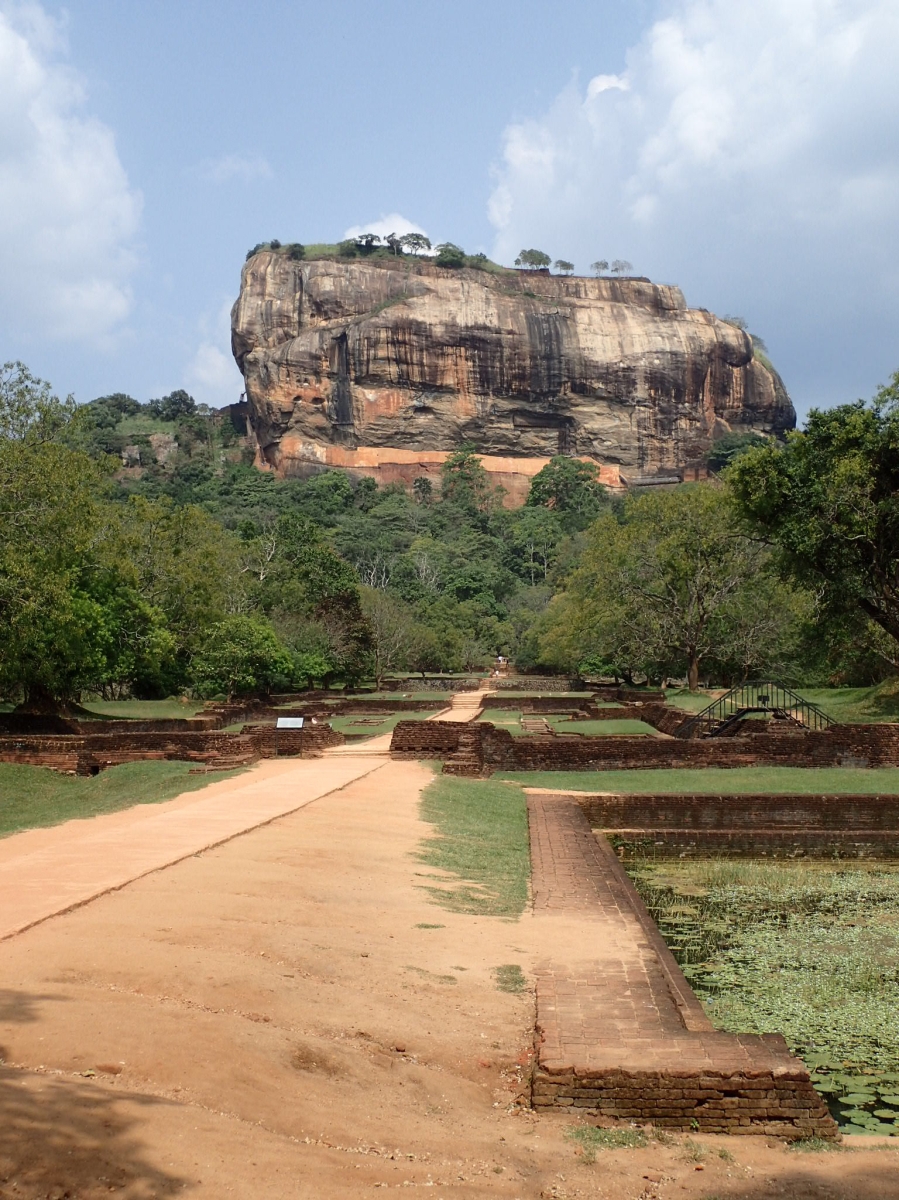 I was bloody exhausted when I left work and headed to the airport. Even after sixty straight days of work I have nothing to complain about but, I was most definitely ready for a day off. Unfortunately, I had to take an overnight flight to Sri Lanka before I could really begin to relax and I simply really could not be bothered! Even when I arrived in Sri Lanka at 6am the following morning I couldn’t be bothered. Even after a two-hour transfer and getting checked into the hotel nice and early, I couldn’t be bothered. I just wanted to sleep, and so I did. Not for long mind. I wasn’t going to miss lunch and a beer and so after a swift two-nap I was up, showered and sat in the hotel restaurant. With all that, began to feel epic! Not only do hangovers get worse with age but so too does flying to unknown places around the world. But, as with both cases it always turns out to be worth it.

I’ve been meaning to visit Sri Lanka for many years now but every time I thought I was good to go, either the trip was cancelled or the dates didn’t work with my time off work. As it turned out this would be first trip for several years where I would spend longer than ten days in the country I was visiting and I would be getting out on the road visiting many areas of the country instead of sticking in one spot. I was very excited about Sri Lanka for this reason and many more. So far, she has proven to be a country that is well and truly worth the wait.

After getting acquainted with the group we kicked off with a visit to a temple. I had deliberately chosen an active tour so as to minimise contact with temples. I won’t lie, I have seen many temples and I tend to lose interest quickly but, Sri Lanka is home to several famous Buddhist sights and put simply, it would be rather rude to pay them a visit. Almost like being invited to Grandmas for Sunday dinner but not bothering to wonder around her prize-winning garden. The cave temples in Dambulla were certainly worth a visit. As the name suggests there were a series of caves on top or a huge rock. Inside the caves were numerous stone carvings of Buddha with walls covered in rather impressive artwork, all of which dated back several millenia. On entering a Buddhist temple, shoes have to be removed. Walking barefoot is always very liberating and the temple complex was largely smooth rock underfoot. The one thing that has completely thrown me off guard since arriving in Sri Lanka is the heat. It is absolutely insane and it soon becomes apparent that walking on super-heated stone isn’t overly pleasant. But on saying that, there was so much sweat pouring off me that it offered a bit of a distraction from my fit beginning to sizzle like bacon. Looking on the map it is probably quite obvious that Sri Lanka should be hot which isn’t really a problem for me these days. The one thing that caught me off guard was humidity which really was quite impressive. As a little test our guide decided to take us for a nice long walk in the middle of the day which took in some fields and local villages. By the time we stopped off to pile into a local’s living room to eat a lunch they had kindly provided for us, not only was I wet and stinking but I had burnt my neck to a crisp. Why this fails to happen in 45oC heat at work but does in 35oC heat on holiday is beyond my intellect. With a good dose of culture and another of exercise, the day was still not over as we headed down the road to Sigiriya.

I was incredibly excited to see the Lion Rock fortress of Sigiriya. One of the highlights of the Sri Lankan tourist circuit it combines both exercise and culture. All the photos I had seen looked mighty impressive. Basically, a colossal rock rises up from the ground and a King from long ago decided he would stick a palace on the top of it. Around the base of the rocks were gardens, all of which was enclosed by a moat. The moat, which survives to this day is no ordinary moat like the ones you would see in the UK. The moat around Sigiriya is beautiful, lined with lush trees and green grass with fish swimming in the blue water. The garden path which was probably around a kilometre long led to the base of the rock where a series of steps carved into it led us upwards. We eventually arrived halfway up the rock to be met by two giant pawprints of a lion, magnificently carved into the rock. Between the paws was a staircase that led to the top of the rock and the palace that sits on top. Originally a portrait of a lion would have also sat between the paws but this was now long gone and instead a metal staircase sat in its place. If I’m honest I found it to be a little underwhelming but I was excited to head up the staircase. After climbing a total of two hundred meters up from where the gardens lay we were treated with incredible views of the surrounding countryside from the top of the rock. Looking back down on the gardens was especially impressive as with any ancient gardens they were laid out in intricate patterns and although the gardens were long gone, the walls and several ponds still remained. As for the palace on top, as with the gardens below, all that remains are the outlines of walls that once stood. I was again surprised by its lack of va va voom (views aside). I’m not sure what I was expecting but it didn’t blow me away like I thought it would. I had even heard about one of the rooms in the palace having air conditioning back in the day which worked by pumping water down the inner wall of the room thus cooling the air. This was obviously long gone but there were no points of information that anyone could refer to on top. It’s hard to explain without sounding harsh. It was an incredible place to visit with impressive views and a great little walk but it lacked something that I was expecting. Yet, I have no idea what I was expecting in the first place!

The following day we headed off to the Knuckles mountain range. Unlike Sigiriya I had heard and seen nothing about this place and had little idea what to expect other than a hot trek. It just so happened to be absolutely stunning. The hike was approximately fifteen kilometres long and took us through rice paddy fields to begin with which lay in a beautiful valley. Ahead of us rose a large chunk of rock that we would ascend after wondering trough a small village that lay at its base. Walking up through the lush trees on a track with nothing except a few locals and an army of leeches we were greeted at the top with spectacular views of the mountain range and the paddy fields down below. The pictures really struggle to give a sense of scale as does my lack of vocabulary! All I can say is that it was right up my street and the only thing that could have made it any better would have been to abseil down the sheer drop back to the bottom. Alas, this would not be the case and a packed lunch at the top would have to suffice. Interestingly, also at the top were a herd of water buffalo that were chilling out in a pond. I say pond but it resembled something more along the lines of a slurry pit!

Next up is Adams Peak, another highlight of Sri Lanka and something I have always been excited to do. What I can safely say is that after only a couple of days of being here, I am well and truly in love with this country.

Water Buffalo and a dog! 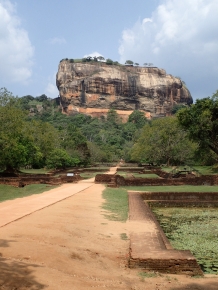 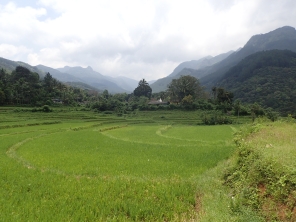 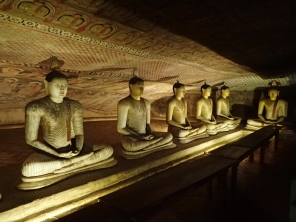 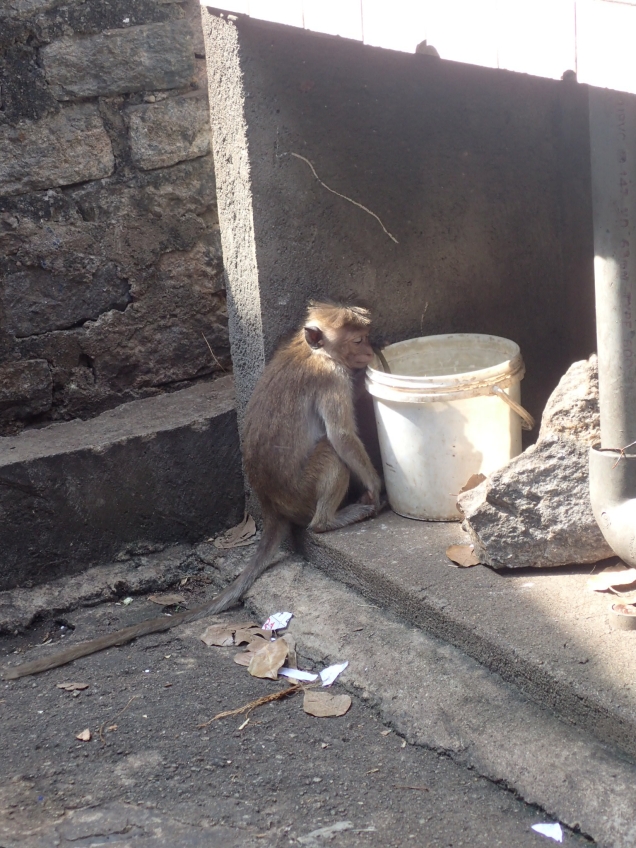