Saudi was much more fun when it was closed to the word! I don’t question her history, although after living here and reading some history books I do like to think I understand her a little more. I have lived and worked here for over three and a half years now and so much has changed in that time with the religious police being stripped of their power, women driving, beheadings made much less public, music in the streets, guardianship being phased out and female dress codes relaxed. This may all sound absurd to the West but do not underestimate the speed of change happening here and the serious consequences it may bring. The die hard conservatives will bite back. This weekend will see the worlds best DJ’s play in a huge event in Riyadh including David Guetta and Calvin Harris, this is on the back of Anthony Joshua coming over a few weeks ago for a little scrap with some Mexican dude. Weekends are not for such festivities in Saudi culture. Prayer and to a greater extent family time is what Saudis do on weekends. Obviously the changes are long overdue, necessary and broadly welcome, but huge change requires a slow and steady approach. The Prince has long been accused by the western media for tightening his grip on power, yet this is for very good reason for many powerful people detest the reforms he is pushing through at breakneck speed. One bullet could see the country fall back in a disastrous way. It is obvious to me at least that the Prince needs to ensure that he gets Saudi’s young population well and truly on-side. After all, this is a young country with a young population and a young de-facto head of state. Making this gel in the home of one of the largest religions in the world is the challenge.

But enough politics. What does it all mean for little old selfish me!? The country had been talking about opening up it’s borders for several years but nothing was really happening. Then, six months ago the airport in Riyadh started to change, helpful signs started to appear, all hand baggage scanned, not all main luggage scanned, declared and nothing to declare gateways, women working passport control, men wearing actual security uniforms, an uber sign outside. And then it happened, tourist visas for everyone! Well not everyone, around fifty countries to begin with. Either way I knew I had to get around some of the major sites before it was too late and they had become touristified. Turns out I was too late!

I put three nights aside to try and see as much as possible in the north west of the country. The key points of interest are separated by hundreds of kilometres of desert on crazy Saudi roads but my faithful guide Ali and I took the challenge on with gusto. Our first stop was Diriyah, essentially the old town of Riyadh. It’s old ruined mud buildings and maze of streets looks incredible, akin to something out of Aladdin but I didn’t get to see them, only on Google images. Our trip was only one hour old and one of Saudi Arabia’s key tourist attractions was closed off. Diriyah is the flagship location for all of Riyadh’s new festivities including the boxing, formula-e, tennis, DJ’s and anything else good that’s happening in the area. To see the old city means buying a ticket to one of these events, certainly during this time of the year. Last I heard it will cost 200 SAR to walk the old streets outside of festival season. £40, no different than visiting the Tower of London I hear you say but hold that thought.

A little deflated we headed north to Hail, a short 622km drive. There wasn’t anything we wanted to see here, other than a comfy bed it was simply a place to stop before driving another 380km north to Sakaka the next day because I liked the look of a castle there. After spending a ridiculous amount of time trying to track down free muffins, devouring a falafel pizza and finding somewhere to sleep it was 11.30pm. Exhausted (I had flown in from the Dubai 7’s that morning), I fell asleep in anticipation of another long day on the road. Up at 5.30am with the call to prayer softly calling outside I came to learn of two things about Ali. The first is he can sleep through his phone alarm for a whole half hour before it gives up trying and secondly, he came super prepared for I discovered tea, coffee, water, kettle, travel mugs and cereal all sitting in the kitchen of our wee apartment. The cup of coffee most definitely took the stress out of wanting to get on the road. Once Ali finally emerged we changed our plan and decided to cut west to Al Ula instead of continuing north, for Al Ula was the principal reason for this epic road trip. Heading out of Hail, it started to become apparent that being out on the road was exactly where we needed to be to see how incredible Saudi Arabia really is. As soon as we left Hail, new and empty highway opened up in from of us stretching out into the desert. It was everything I hoped for, vast and empty although not as sandy as you may expect. Up in this part of the country you will pass through vast swathes of sand dunes but the majority of desert is actually rock and dust. I dared to fall asleep but was woken by Ali as we entered a field of sandstone sculptures littering a sandy desert. We duly stopped for some photos before cracking on to Al Ula and I can safely say I spent almost no time sleeping in the car for the rest of the trip.

Rumours were Al Ula was closed but I was relying on Ali to be able to blag our way in as is traditionally the way here. What’s special about this place? Imagine Petra in Jordan and the famous colossal doorway carved into the side of a cliff. Al Ula has the same structures brought to you by the very same people who built Petra, and even though I have seen neither of these places in person, Al Ula looks just as impressive. The tombs of Al Ula are spread throughout the desert and naively I thought we would be able to drive up to some of them. I had gotten this impression after visiting the east of Saudi Arabia last year where we could visit anywhere we wanted and people were more than happy to let us into places if they were closed. It never crossed my mind that the star attraction in Al Ula would be surrounded by a new almighty fence with entrances guarded by armed police. When Ali asked if we could blag our way inside the police simply laughed, stating that the area was under direct control of the Crown and not the tourism ministry. Al Ula, as with Diriyah is to be one of Saudi Arabia’s star attractions. Al Ula is Saudi’s Niagra Falls, Taj Mahel, Uluru and the likes. We moved on to the old down which looks awesome on Google but again it was closed. We moved onto some small tombs but again it was surrounded by a fence and video cameras although we did get to see a couple of guys picking up heaps of litter in the street and we passed the new and stately compound tasked with overhauling the town and making it a world appealing tourist destination. Right now only exclusive and expensive tours will get you to these sights, the general public will have to wait until ‘sometime in 2020’ before the area opens up and no doubt charges a heap for the privilege. Disheartened we put plan B into action and drove on as I pondered the irony of it all.

Just that Saudi Arabia was closed off to the outside world doesn’t mean that the Saudi’s themselves were not allowed to go wherever they wanted within the country. A family based culture and all year sunshine makes the ‘picnic’ a firm favourite and there’s no shortage of places to go. From literally pulling off the road and driving into the desert, to driving into a deserted wadi or an empty beach, one doesn’t have to go far to find their own spot of peace. Many ancient sites are easily accessible and even the ones with gates are easy to get into with good manners and a smile. Of course there is an argument that these places need to be protected but if the amount of protection is minimal compared to opening them up to mass tourism. With the arrival of westernisation, commercialism, capitalism, f**king-up-the-worldism, whatever you want to call it, Saudi Arabia is slowly being closed off to locals so that vast amounts can be charged to tourists when they begin to visit. And visit they will. Saudi Arabia has far more to offer than you could imagine especially with all the tourism development that has been promised. There is no doubt they are following a tried and tested route for they have to get off oil and diversify the economy but that doesn’t stop me being a little sad that such a unique country will become just another hotel-filled consumerist driven holiday resort. Yet….. As always, keep walking, or in this case driving, and you will find a hidden gem just around the corner. Gems that will be revealed in another story. 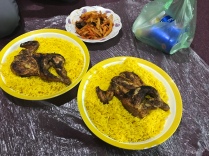 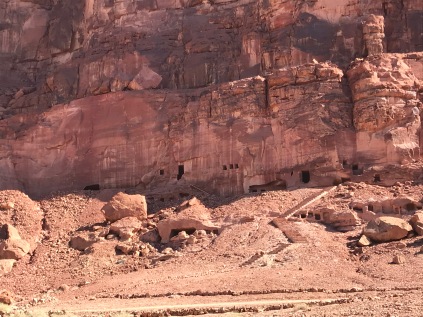