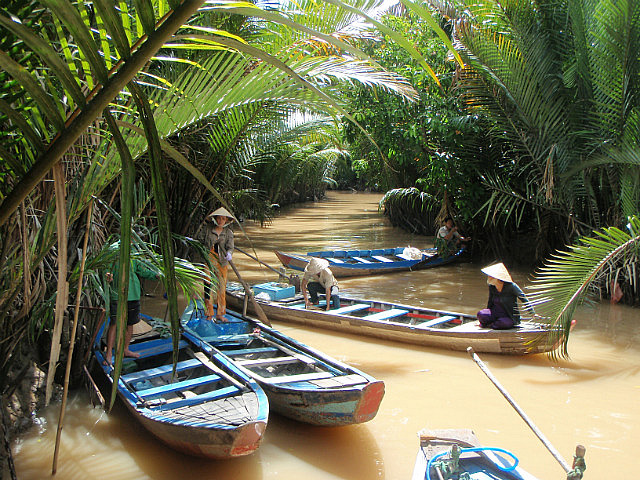 Saigon – End of the road.

Ho Chi Minh City (HCMC), formerly Saigon is a rather fine and dandy city. We flew down from Hoi An on Sunday afternoon and headed on cyclos straight to the War Remnants museum. I’m sure I grew up with the impression that Saigon is a terrible place like some dark Soviet dodgy city but it appears to have grown from its war torn past into a vibrant modern day city. Still rammed full with about 5 million bikes but the roads have traffic lights which most of the driving population seem to obey.

Anyhow the museum. I wasn’t expecting any surprises to be honest. I don’t believe my experience at the Rwanda Genocide Memorial will ever be topped. And so as horrific some of the images were it was actually the sheer scale of U.S military fire power that Vietnam had to suffer that I found crazy. I know my view is bias at present and it would be great to see what the U.S have done with their memorial museum to see the differences in opinion. Atrocities aside on both sides, the U.S had 19 aircraft carriers off the coast of Vietnam, their generals were boasting about the prospect of war, Napalm, agent orange, and dioxin were used en mass, approximately 3 million Vietnamese were killed (approx half were civilians), and more bombs were dropped on Vietnam than the whole of world war 2 which was a shorter war but over a much larger area. Again the museum may be bias but there is no doubt the U.S were essentially using Vietnam as a test/play ground and to boast its military might. Unfortunately 58,000 Americans payed the sacrifice of top end military officials wanting to play war games with a country that proved so resilient that they were making the Americans look silly and thus the U.S military fire power only increased.

Monday involved a trip to the Mekong Delta. Unfortunately it didn’t come close to the Okavango delta in Botswana, which was largely because the Mekong is quite industrialized with people here, there and, everywhere. If there is one thing I have learnt on this tour, it’s that I definitely prefer being in wide open remote areas! It was still a good day, we saw how coconut candy and rice paper is made by hand, held a python, went on a boat trip and a motorbike trip and generally had a good look round. In contrast the evening was spent having our final group dinner 14 stories above the city which was something a bit different.

Our final day in Ho Chi Minh city was spent at the Cu Chi tunnel complex about 70km outside of HCMC. This is were the Viet Cong had dug a massive complex of underground tunnels (approx 200km) and fought the Americans. The highlight however was getting to fire an AK-47. There were a few weapons to chose from including the M-16 but the AK-47 is the most popular weapon in the world and so it seemed fair to part with 5 quid for 5 rounds. I wish I could have splashed out on a whole magazine, but 5 shots was better than nothing. Great fun!

Hopefully get some photo’s up at the next stop, including one of me looking slightly demented with a gun! This is it from Vietnam, next up is Cambodia. 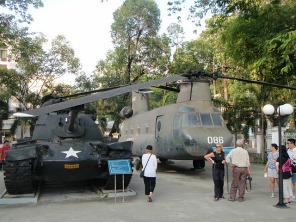 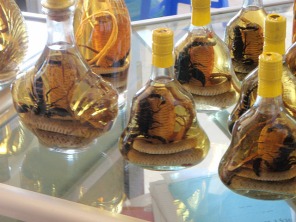 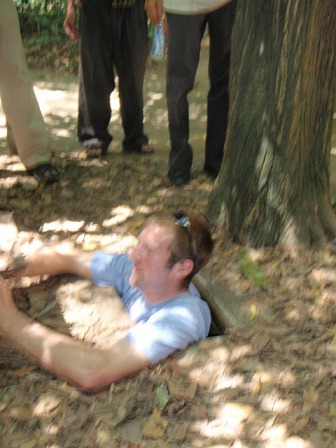 A way in to the Viet Cong tunnels 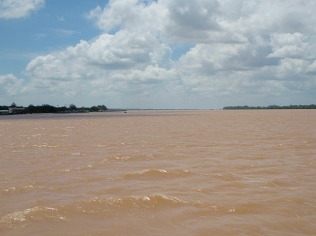 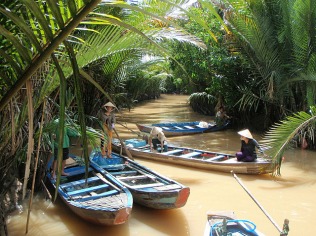 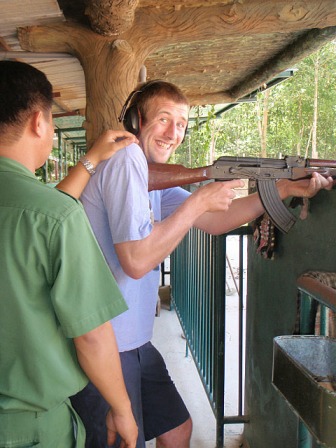 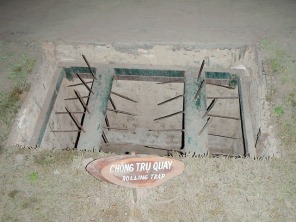 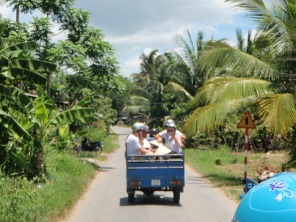