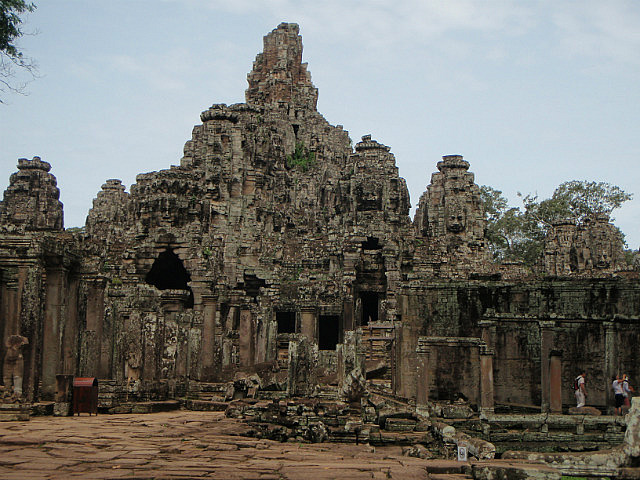 Friday saw us drive across the countryside to Siem Reap, home of Angkor Wat. There isn’t much to say other then the road being rough and the journey taking all day. However, there was a spider incident, I bloody hate spiders. We stopped off at a village called Spider Village due to the inhabitants desire to eat anything that moves. To be fair this habit was most likely born out of the fact that under the Pol Pot regime people were starved to the point that a big hairy spider would actually be quite tasty. Why they have carried on this delicacy I have know idea. I didn’t eat one, they looked disgusting but I did hold one which is a massive step forward for trig-kind!

Our first night out in Siem Reap was kind of odd. There are a couple of streets in the centre of town which could be placed in any European city. Good point, US$0.5 beers and a bit of a party atmosphere, Oh and lots of pizza but no cheese and tomato sandwich of yet. Bad point, I’m in Cambodia, I want to experience Cambodia and so should all the 5* temple tourists. Bloody tourists!!!

We spent two days looking around many temples. There are about 1500 in total around Cambodia. They date back to the 9th and 11th centuries and they were built in the name of the Hindu religion. They are very nice to look at. I got up at 4.45am to get the sunrise photos. In all honestly the pictures say more than what I can. The whole experience was a master class in getting a photo with as few tourists in the background as possible in what must have been 35oC of sun. Nothing a dip in a cold hotel pool didn’t fix! Which is the natural thing for a hypocrite tourist like myself to do!

A massive random success was witnessing six people riding a mophead and even better, I got photographic evidence! Almost forgot, we went on a boat trip along a river which has a village built on stilts so they can cope with the increased water levels during flood season, all 10m of it! The river attaches to the largest fresh water lake in South East Asia which is where our boat got stuck in weeds when trying to turn round!

Yummy beef in a pineapple

A village on stilts 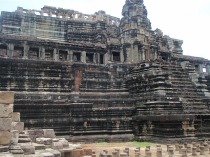 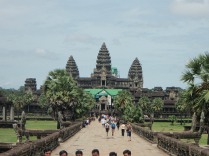 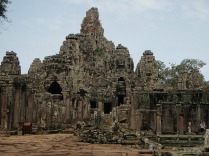 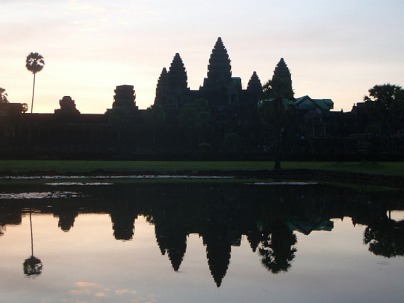 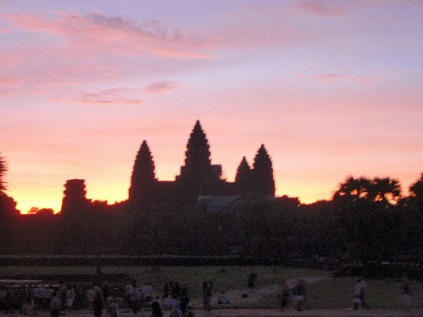