Addios and welcome to Nepal! I write this from the land of the dead and with a battered arse. I’ll explain later!

So the bad. My passport rocked up in the mail ninety minutes before I had to leave home. Good, I had an empty seat next to me on the plane for the first of my two flights. Bad, I walked into someones stupid wheely suitcase outside of the airport and nearly took out the floor with my face thanks to my rucksack coming over the top of my head, much to the delight of the watching crowd. Good, Nepal is AWESOME!

The air is filled with smell, not horrible smells but fresh, new foody smells. I tend to ponder what makes Africa so great, it has that same refreshing smell that Kathmandu has which, is probably one reason why I like it so much here. There are bugger all roads, the worst I’ve seen in a city but that just makes any taxi journey far more fun!

I’ve had two days to fill here on my tod. Saturday was spent walking across town to get to the Hindu temple of Shiva which is on the banks of the Bugati river which is as holy, if not more so than the Ganges in Hindu religion. You may ask why I went there, paid 500 rupees for a ticket which no one else appeared to pay and then a further 1000 for a guide I didn’t want. The guide was good, but he didn’t say he wanted 2500 for his services at the start and I assumed I got him with the entrance fee! Live and learn but I refused point blank to give him any more than 1000 ruppee and that was probably too much! So why did I go there? Quite simply because Prof Brian Cox went there for a piece of filming for Wonders of the Universe! I don’t care if you think that’s sad. I feel enlightened! Oh, and I saw the cremation of Hindu people which isn’t something you see normally by the side of a river!

I was determined to do something adventurous in the mountains surrounding Kathmandu and so I paid up for a day of mountain biking on Sunday. I had originally paid for a bus to take the guide and me 25km up the mountain and then we would cruise back down on the bikes. It was then suggested I bloody well pedal up and, then back down. I thought why not, 50km seemed a bit of mission but being me I wanted to see how fit I was and if I could actually do it. The short answer is yes I did it, 25km (15 miles) all up hill, climbing over 800m in altitude in 3hrs. My guide was impressed, I was amazed! A further one hour back down, 50km done, easy! It wasn’t easy! The last 6km up nearly killed me, and I could hardly sit on the seat on the way back down! Hence, right now as I write this, I’m truely buggered, although the seating is much more comfy. It was awesome though and well worth it.

In ninety minutes I meet my new travel group. My room mate is called Ryan who I’ve not yet met but I’m guessing it’s not a lovely lady! 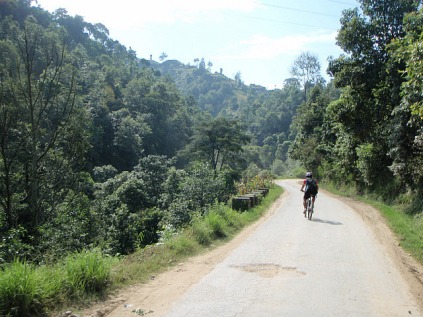 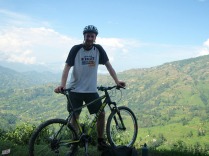 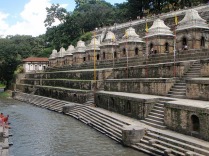 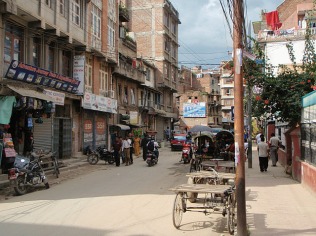