There is no escaping the fact that this trip has been fantastic, with a fantastic leader, itinerary, countries and fellow travel companions and it has been full on, just the way I like it. I also like a day of doing nothing and especially so on tropical islands. Today was that day. Freshly recovered after the ordeals of the snorkelling trip the day before, Rut and I ignored everyone else’s recommendations and plans and headed off to the quieter of the two Caye Caulker islands. A free speed boat connects the two and within five minutes we stepped ashore what is largely an island covered in mangroves with a beach bar sitting over the water and a small hotel. Still kitted out with all the beach chairs, hammocks and slightly over priced drinks it came with one huge plus. It was relatively peaceful and I didn’t feel any need to be cool to fit in. We even took the decision to pay for shaded loungers and thus we settled in for the day and allowed the waiter to keep the beer and gin flowing. Lunch was great, the water was great and with the exception of a boat load of tourists turning up for a pointless forty minutes the atmosphere was otherwise peaceful and relaxing. Swimming, sleeping, reading and talking nonsense while watching the locals ship more sand onto the man made beach saw the day pass by wonderfully if not a little fast. It wasn’t perfect but close enough, largely free of smartphones and quiet enough to have a peaceful corner which you could come and go to freely without tripping over Lonely Planet guides. Once the sun closed out the day we hopped back on the boat and back to the main island with one final great memory of Belize added to the collection before heading across to Mexico the next day.

There are three categories of countries when it comes to travel. I’m not sure what is politically correct these days but it starts with the third world countries. These are my favourite and is why I loved Guatemala so damn much. These countries are not travelled so well and certainly don’t appeal to mass tourism and so they hold their originality. The people are genuinely happy to welcome you to their country and although the service may not always be the best, it isn’t through the lack of trying. Malawi, Sierra Leone and Guinea are other countries that spring to mind. Next up are the emerging countries such as Peru, Tanzania and Belize. The tourists are flocking to these countries because they offer something a little more exotic yet can also supply the luxuries that such American and European tourists demand. You will find the locals are better trained and equipped yet have more of a ‘don’t give a damn attitude’ because they know they will get paid regardless and tend to inflate prices anyway. A certain respect appears to disappear which I can understand. Finally we have the developed countries, Europe, Australia and the likes. Here everyone is trained to the highest degree which includes being polite and high customer service but obviously you pay for it! Not that I am saying these countries are not genuinely polite, many are. My point is some countries are just happy to see you, some countries are happy to screw you and some countries are happy to provide quality at a price. And this brings me back to Mexico, our final stop of the trip.

Mexico is a tough cookie to explain. I have to go back, I loved it as soon as I crossed the border. The only border I have crossed which has a waiting hall which is completely open to tropical waters and a warm sea breeze, with free wifi (there’s a time and place, and border crossings are both) and dance tunes pumping out just behind customs. We were staying at Playa Del Carmen and I knew what to expect and it didn’t let me down so let me vent one more time before finishing on why I bloody love Mexico. Playa Del Carmen is where you go if you fancy going one better than Magaluf but I imagine the only difference is the flight time! Like so many before, once a small fishing village Playa Del Carmen has erupted from a population of 10,000 to 400,000 in just twenty years and as with so many before there are two very different sides. The centre is rammed with Starbucks, Mc Donald’s, Hiltons, Walmarts, gyms, tattoo parlours, protein shake shops and every corporate brand you can think of. Everyone is excited about Walmart! The beach is bloody awful, yes the sand is almost white, the sea is crystal clear but most of the beach is crammed with loungers with barely enough space to get on and off one. You won’t find a peaceful piece of beach for miles and there is barely room for a volley ball net. Cafes, restaurants and massage parlours are crammed in so tight it’s pressure that keeps you warm, not the sun. How people can be happy in this environment is beyond me. Surrounding this hell are the suburbs where people desperately try to earn a living on a minimum wage of $5 day (recently increased from 4$), a day NOT per hour, all so tourists from rich countries can pay feck all for a holiday where they volunteer to be treated like caged animals, pouring money into international corporations at the expense of local business. If you like the familiar feel of home, stay at home! Don’t force it on others. Rant over.

My first taste of true Mexican food was a burrito for lunch and my goodness was it epic! Sat in little local cafe the food looked like it would kill you or make you, either way I didn’t care as I demolished the lot. Even on reaching Playa, the food was epic in the local restaurants and the beer was super cheap. It’s only a loose theory, but a country with cheap local beer is always a great, original and honest country! Heaps of cheap Corona and side dishes of guacamole that could feed a small nation, Mexico is a country for those who love to eat and drink. Amusingly, I woke after my first night in Mexico feeling quite ill. In honesty I hadn’t fully recovered since the boat trip in Belize which irritated me but I intended to battle on regardless for it was our last full day of the tour and our leader had a great day planned out for us. First stop happened to be breakfast in an old run down restaurant that appeared to serve amazing food and juices which I watched with envy as my comrades tucked in. This annoyed me greatly for I was desperate to eat but wasn’t sure if I was ready for such a feed! We then made our way to Tulum, famous for it’s Mayan port town dating back to the 13th century. What remains is simply mesmerising, helped largely by its position sitting on top of a cliff that overlooks the stunning Caribbean. We saw an iguana laying around on some ruins and got excited, we then saw another, and another, and another until we realised the place was infested with the cute little lizards and would end up appearing in any photo we took. We had arrived nice and early and managed to enjoy a good hour exploring the ruins before another infestation took hold of the site, coach loads of tourists.

Making our escape we headed to a small park which kitted us out with a hard hat and life jacket for it was time to get wet and head underground once again to explore the famous cenotes of the Yucatan region. Cenotes are simply a sink hole but they are more majestic in this area of the world for the their limestone, heavenly water and Mayan history. And here is a fact I’m in awe of; the abundance of cenotes in the Yucatan region of Mexico is caused by the asteroid that is most credited for killing the dinosaurs. Indeed there is a colossal impact crater buried under the peninsular, created by an asteroid over ten kilometres in diameter. It was the shock of this impact that created the geology of the cenotes. We had the pleasure to jump in and explore the vast underground cave networks that now litter the region, many of which are connected. It was like a mixture of caving, swimming and diving for beginners and hugely enjoyable. We explored several different cenotes before finishing up in an open stretch of beautiful water and jumping off a high cliff. Such an experience got me back on track for the day and I was ready for some lunch!

Lunch was spent on the beach. It was busy, it was a little crowded but take a walk and you could find a little bit of peace and quiet as well as the beach backing onto native bush as opposed to grubby hotels. Filled up on burgers, guacamole and Corona we took time to enjoy the warm waters and soft sand. Upon retuning to the main restaurant area of the beach we were greeted to scenes of hoards of people following what looked like a pig. In fact it was a pig, that belonged to someone as a pet. I can’t tell you much more than that. You just have to believe me when I say I saw a pot bellied pig happily rummaging around a beach full of people completely at ease with being photographed and recorded from all angles. Where’s the proof? My camera and phone had been left in the minibus for I never expected to see such a spectacle. And there’s a lesson right there when travelling, anything can happen at any time!

The day and alas the tour was wrapped up in the evening at a little community project in the suburbs of Playa del Carmen. Unfortunately I peaked too soon at lunch and was back to feeling pretty rough, enough to not drink alcohol but not so much that I couldn’t finish my dinner that the project, El Hongo had put on for us. El Hongo is a project helping children through education, art and providing them with at least one good meal a week. One of the ways they fund this is through a small restaurant that serves up incredible local food. The guy running the show was inspirational and I’m not one to throw the term around willy nilly. I don’t claim to be the perfect traveller or person, and all my ranting aside I will never judge an individual but I do like to believe I become a little less ignorant of the world every time I travel. I had been in Mexico for only a few days but behind the mass tourism there is definitely an incredible country full of incredible people and the most amazing food. Mexico is so often cast in a negative light for many ridiculous reasons, even the problems it does have differ little from many other countries. I for one hope to return one day, ready to eat my own weight in guacamole, tacos, burritos and anything else Mexico wants to feed me. An incredible whirlwind tour from Guatemala to the Yucatan Peninsula, I never expected to leave loving the region as much as I do now. 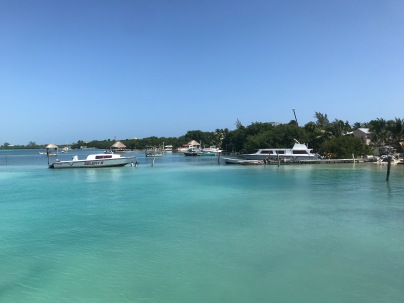 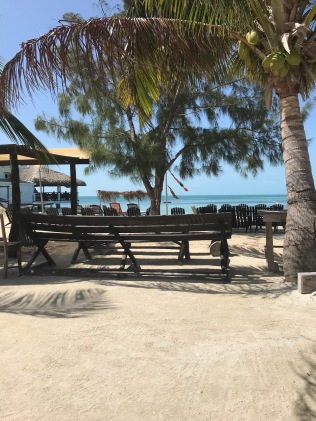 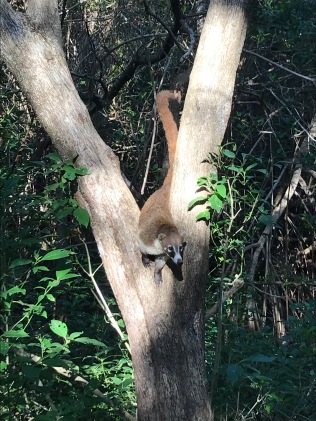 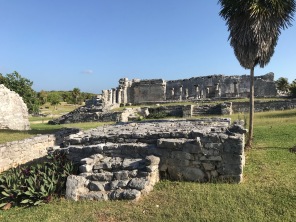 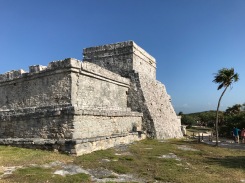 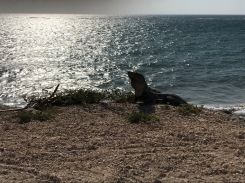 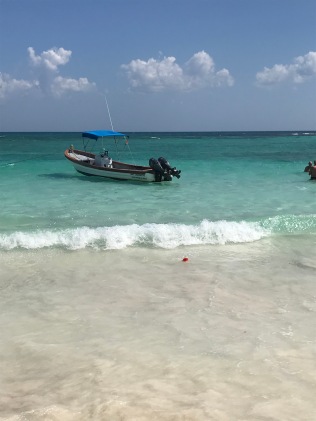 One thought on “Beach bums”